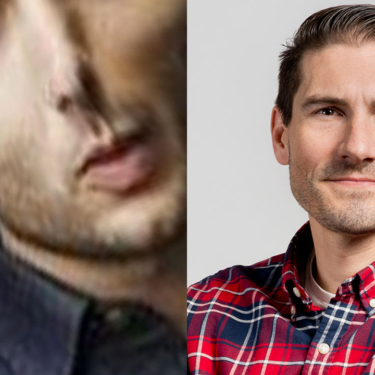 Ryder Ripps is a 28 year old conceptual artist and creative director working on the internet in New York. Hashtags in his work include function as form, rigor, humor, authenticity, commerce, pop, platform as form and todays outfit. He began making things on the computer in 1998. In 2009 he created Internet Archaeology – archiving and acknowledging artifacts of the consumer internet from when he began making things in 1998. In 2010 he founded dump.fm, a social network for realtime communication with images – credited as being integral in fostering the current wave of net art. At some point in 2010 he began creating work recontextualizing the graphic defaults from Facebook.  He is the only member of any boyband to have rewritten Ginsberg’s Howl. In 2011 he founded creative agency OKFocus with Jules LaPlace, effectuating forward thinking work for clients such as Nike, MOCA, Kenzo, Soylent, Mike Will Made It, Red Bull, Phillips, Atlantic Records, Instagram, Been Trill and other famous brands and people. He has collaborated with MIA, Ryan Trecartin and Jacob Ciocci. Most recently he has been creating oil paintings derived from digitally warped images of an Instagram model.

Jon Jackson (Executive Creative Director) is responsible for the creative direction and execution of large-scale initiatives at Huge. In his role, Jon collaborates closely with the Visual and Interaction Design teams to develop concepts and strategies for some of Huge’s largest clients including Google and Gucci. Specializing in building well-known, consumer-facing brands and extending engagement through traditional and digital media, Jon has over 14 years of experience in art direction. Prior to joining Huge, he worked at SapientNitro as an Associate Creative Director, where he collaborated with such clients as Coca-Cola, Sprint, Yahoo!, Disney, Logitech, Nissan and Sony. In addition, he’s developed creative solutions for clients such as Nike, Acura, Toyota, Chrysler, Microsoft, Sony Pictures, Nokia and Warner Brothers. Jon holds a BFA in Graphic Design from California State University, Fullerton.

Agnieszka Gasparska is a graduate of The Cooper Union School of Art (where she is also a faculty member), she began her career as a full-time interaction designer, before establishing her own studio in 2003 to pursue projects across a broader range of media and disciplines. With digital media still an integral part of the studio’s practice, Kiss Me I’m Polish collaborates with a diverse roster of clients on civic, cultural and education-oriented projects. Some recent clients have included the Design Trust for Public Space, The Museum of Modern Art, National Geographic, and W. W. Norton.