In today’s world of racial tensions and alternative facts, the designer can and must be an active combatant in the fight to dismantle oppressive systems. Design can clear space for authentic narratives to (re)emerge.

You’re invited for a discussion with Jon Key of Morcos Key where he will talk about design as a means to amplify and empower communities with a focus on Queer and Trans communities of color. From editorial to branding, Jon investigates strategies for facilitating community building and making marginalized voices visible.

Jon’s recent collaborations include work for The Tenth, a Black Queer Arts & Culture magazine, where storytelling and journalism merge; SlayTV a Queer centered digital platform and community; and design as a language of outreach as shown through Codify Art, a Brooklyn-based QTPOC artist collective.

Event Series: Fresh Dialogue
Designing to Amplify is part of the Fresh Dialogue event series. These events are critical discussions that focus on current events, issues of cultural relevance and emerging topics in the world of design. 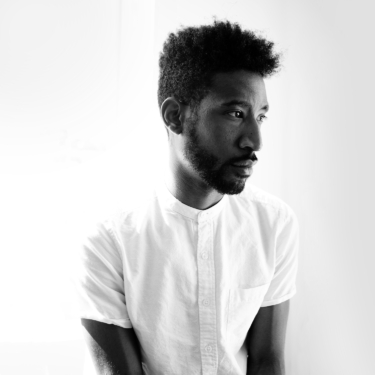 Jon is an artist, designer, and writer. He is currently the Frank Stanton Chair in Graphic Design at the Cooper Union. His collaborations have lead him to work with a diverse set of clients and institutions as designer, educator, and artist including HBO, Nickelodeon, IDEO, Grey Advertising, The Public Theater, MICA, American University in Beirut, Parsons, and the Whitney Museum. His creative pursuits have allowed his work to be featured internationally in galleries, museums and collections in Boston, Toronto, New York City, London, and Ljubjana, Slovenia. He currently serves as a contributing art director to The Tenth magazine, a Black, queer arts, and culture magazine; and just launched Morcos Key, a design studio with his partner Wael Morcos. Jon is a co-founder and the design director of Codify Art, a Brooklyn-based multidisciplinary artist collective whose mission is to create, produce, and showcase work that brings the voices of people of color, highlighting women and queer people of color to the foreground. He is a graduate of the Rhode Island School of Design, where he received a Bachelors of Fine Art in Graphic Design.