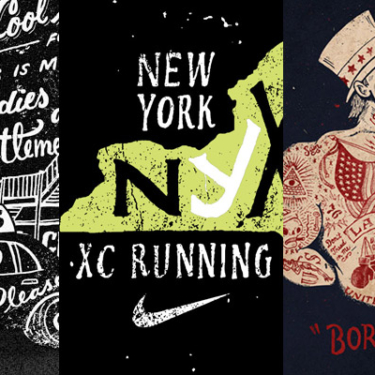 Jon Contino has a journey to show you. One that starts as just some punk kid scribbling art on the back of notebooks, jackets or any flat surface he could find…to the work he didn’t want to tell friends he was working on, to design work for prominent companies such as Keebler and Dockers. Through his good experiences (and some bad ones) Jon will provide insight on what it took to get where he is now and how you can do it too. Join us on Wednesday, December 5 at MAD and find out how you too can escape hell.

JON CONTINO
As a New York native, Jon has been under the influence of corporate mass marketing and inspirational street art since his first breath. Not surprisingly, he has garnered considerable attention for his unique approach to design utilizing hand-drawn lettering and typographic illustration in conjunction with a modern, yet minimalistic sensibility.  He has received numerous accolades for his fusion of old and new world aesthetics and continues to influence modern trends in graphic design and apparel design. Jon resides in Brooklyn with his wife Erin where he works not only as a freelance illustrator, but also as Co-Founder and Creative Director of menswear brand CXXVI Clothing Company.