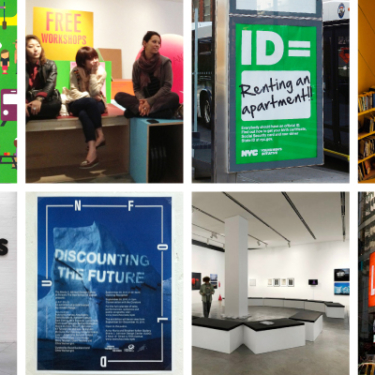 MANUEL MIRANDA: A QUESTION OF IDENTITY

MANUEL MIRANDA: A QUESTION OF IDENTITY

Manuel Miranda’s practice focuses on the simultaneous development of a personal identity as a graphic designer and the public identities of the projects he works on. He embraces the instability of professional identity inherent in the precariousness of independent practice, and responds to this condition with flexibility and openness in both his studio structure and the visual work he produces. Join us for an evening in which Manuel discusses how he and his collaborators identify opportunities to use design to call attention to the needs of marginalized communities, engage public space, and create frameworks for public interaction and dialogue.

Manuel Miranda is designer and owner at MMP, whose recent work includes projects with the Center for Architecture, the City of New York, the Nike Foundation, the Sheila C. Johnson Design Center at The New School, and Van Alen Institute. He is also a critic in graphic design at the Yale School of Art, where he earned his MFA in 2005. Prior to establishing his own studio, he was an art director at 2×4, Inc., where he designed and lead projects for New York City Opera, Tiffany & Co., and the Cooper-Hewitt National Design Museum, and a freelance designer at Brand Integration Group at Ogilvy and Mather, Pentagram, and Starworks Group. His work has been cited in The Advocate, Art21, Design Observer, Gothamist, New York Magazine, and Urban Omnibus, and exhibited at the Art Director’s Club and the Center for Architecture.